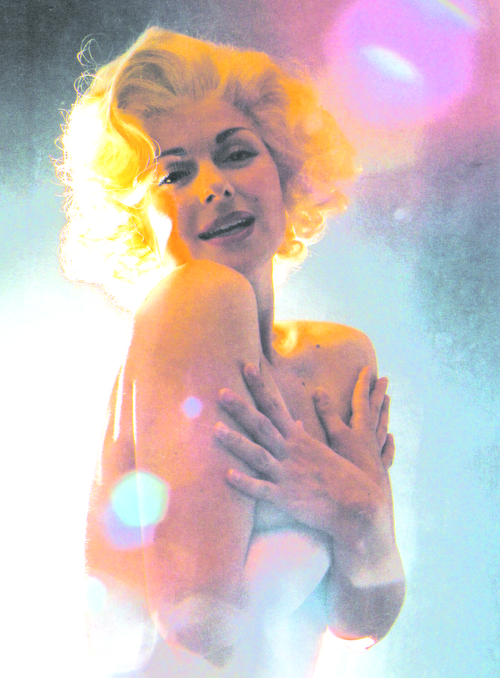 Its 1959 and Marilyn Monroe has come to Banff to shoot a movie. Its 1963, Marilyn is dead and Scout has been stopped by the police with incriminating evidence in his car. In this non-linear story Hollywood glamour is juxtaposed with the most famous small town in North America, and we are aced the question … what would happen to the rest of your life if you lost your virginity to the met beautiful woman in history?

“Switching back and forth in time between scenes with Scout and his drunken slattern of a mother, whom he catches in trysts with the local reverend, Scout’s ongoing roadside lecture from an inquisitive cop with memories of his own to tell, and, of course, Scout’s encounters with the famous movie star herself—Cameron weaves an intriguing and convincing tale of boyhood obsession. …engaging, taut, and beautifully written.”

Like Billy Pilgrim in Kurt Vonnegut’s Slaughterhouse-Five, Scout, the hero of Ken Cameron’s play, My One and Only, has come ‘unstuck in time’, hopscotching unpredictably back and forth among the key events in his life, including an idyll with an impossibly sexy, gloriously yielding movie star.

Scout’s lover is Marilyn Monroe, who has come to Banff, where Scout lives with his lonely, alcoholic mother, to shoot that turgid Otto Preminger pot-boiler River of No Return. The two of them meet by chance one afternoon on a deserted mountain road, (“Ssshhh—I’m incognito!” whispers Marilyn from behind her attention-getting sunglasses), and they strike up an odd friendship when Scout allows Marilyn to take a ride on his bicycle.

Scout soon becomes Marilyn’s pet companion on the set, helping her run her lines and smuggling bottles of whiskey to her, which he steals from his mother every night after she passes out. The whole situation is so sexually charged that it’s a wonder the virginal 15-year-old Scout doesn’t die from some kind of hormone overdose-—Marilyn even winds up giving Scout his first sexual experience as they bathe together, naked, in a secret pool Scout knows about deep inside a mountain cave.

Scout keeps getting pulled out of these blissful events, however, and into an incident 10 years later, in 1963, shortly after Marilyn’s death. It’s night, and Scout’s car has been pulled over by a California highway patrolman; Scout has been speeding, but when the cop discovers a map to Marilyn’s home in his glove compartment, it soon becomes apparent that he’s committed a crime a lot more serious than going 100 in a school zone.

Gradually we realize the full extent to which Scout was never able to move on from his affair with Marilyn. He can’t stop reliving his time with her over and over again, and yet at the same time, Scout desperately wishes he could have done everything differently, so that their affair could have had a happier outcome.

Thanks to Paul Matwychuk who provided the most cogent and clear synopsis of the play I’ve ever come across. By lovely coincidence, Paul later became General Manager of NeWest Press and the first book he published was Harvest and Other Plays, which also contained this play.

My One And Only is contained in the book, Harvest and Other Plays, published by NeWest Press. Click below to order the complete script.